Lord Ashtar, you came to me recently asking to share a message for those of Earth. 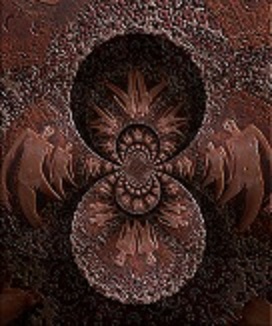 Thank you my old friend Athene.

To all Star beings and Earthlings,

We understand the horrors your planet and its current governments are bringing about currently and the lasting effects it is having on the souls now living in terror and fear. We are saddened by the effects of such things upon the planet and species. We are here to help in whatever capacity we are able. We understand and hear your prayers of intercession and do not ever dismiss them.

We are limited through the Universal laws to intercede in a manner so many of you desire but also want you to understand that there are currently many star seeds among you working diligently and closely with us, “The Ashtar Command”, as well as other Galactic Brothers and Sisters to assist you and planet Earth. Many of you may be not familiar with the many conclaves now being held upon your planet we ask you to please search out and discover myself, Ashtar and the many brothers and sisters of Light you are seeking.

The conclaves of which we speak is a meeting of people, many are star seeds and those of like mind, seeking to remember who they are and from whence they came.  We, the Ashtar command and other Galactic Sisters and Brothers are always in attendance at each conclave; conclaves are meetings that are much like a group workshop on soul information.

We work closely with the Universal Brotherhood, Ascended Masters and Archangels to help all who are searching to remember soul and its purpose. This is of great importance to all seekers of light, as soul memory is the tool through which all life transcends and ascends its physical and emotional limitations in each physical lifetime.

When Mother Earth last raised her consciousness between 1986 and 1999 it was assumed more beings on your planet would follow her lead. It was a wondrous time indeed and things were flowing strongly in the direction of spiritual evolution. Since that time there have also been several planetary alignments that have allowed a variety of stargates to open allowing other beings from many planetary systems to re-enter and affect you planetary space as well as affect many beings living there. This has and is happening due to the fact that your planet was colonized long ago by as many as seven particular Star systems.

Know also, that many of you are Earthlings, created and evolved by and through Earth; God, Goddess, All That Is, also often spoken of as the Twelve Tribes of Israel. Due to the many dogmatic teachings handed down through generations in time, there has been great confusion in trying to discover one’s own individual Divine origins. For this we apologize and simply ask that you look deeper into your soul to find the true History of Divinity.

Though many of us are ascended beings, many interplanetary beings returning to and currently participating in Earths affairs are not. You see even though much of your planet was seeded by other starlings they are not all ascended nor do they care for such things. Power over others is all they seek to have and use. This has been a long standing battle even between planets and their governments for truth and righteousness for a millennium.

Many peoples of Earth assume that all interplanetary beings are more intelligent than they are and because of this are easily deceived. Just as all spirits are not good or evolved so it is galactically as well. Much discernment is needed when traveling the Galactic lines of Brotherhood, just as it is traveling the Astral Planes of existence, where all these things converge.

We have chosen this channel today to bring forth this message as she has travelled the Astral plane extensively and has discovered the many pitfalls one can run into and too often when assuming that all they come upon to be teachers of Light. Just as all spirits are not of light so it is with Galactic beings and Brotherhoods..

All teachers and beings of light represent love and light in every way. If the beings you encounter are not such beings they can and will lie to you and using your own paranoia, seeking to destroy all and any real information regarding truth.

I bring this message forth today as it is important you find the proper teachings and training to advance yourself to the Higher Planes of existence. I find it important now, as there were shields in place before to keep all safe from the lower Astral Plane that no longer exist. In order to see and know this to be true, all one needs to do is look at the disaster around themselves and the planet. The Lower Astral is in full force upon your planet right now.

To more poignantly discuss my point I would simple turn you attention to such things as demon possession. Some thirty to forty years ago when you heard of demon possession it was mostly read about or seen on television. You are now seeing it in epidemic proportions of addiction and teenagers committing suicide, bombing schools and entering hate groups in massive numbers.

In regions of murders and tortures the numbers are tremendous and in many of you world leaders you are now seeing them ruling in an extraordinarily hateful manner. In your own dreamtime you need to protect yourself before sleeping and after waking, and within your own families the amount of so called mental illness is spiking uncontrollably.

Few are truly concerned that the earth may end in the next 50 years and they neither recycle nor pretend to take care of your home Mother Earth. Few see the need to honor even self or life and the belief in divine is either dwindling or being manipulated as the need for power and wealth have become so great. Common sense has become a commodity and judgement the norm. Diplomacy simply is under attack at unprecedented stages.

Now I know it would be easy for many to attack what I am saying as being negative and uncaring but to those I say you are not using your discernment and are programmed and being led by your own judgments.

The universe has asked me to deliver this message as I have more leeway to speak openly of these things. By doing so I am honored by them greatly. Who among you remembers and uses their honor respectfully and diligently.

In closing I would like to ask, any and all truly seeking spiritual enlightenment, that you waste no time in learning to be and become aware. So many times you say I cannot take the time or afford to do so. To you I will say what the Higher Beings of Light say. There is never a better time than now to search for truth and light. To those who consider themselves to be aware, I would say teach what you know, time is of the essence.

As always, Blessings In Light

Ashtar of The Ashtar Command

After channeling this piece today I sat down and cried for an hour as I was so overwhelmed with the love I felt I could do nothing else.

I met Lord Ashtar around 1986 when he and other friends of light helped me overcome the many lifetimes of darkness I was besieged by.

I hadn’t heard from nor spoke to him in many years and wondered why with so many followers of his own why he would ask to speak through me. I realized this was something he needed to say to those yet unfamiliar with him giving them an opportunity to re- connect.