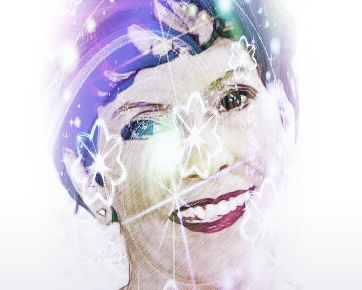 Athene wishes you safety and light as you travel this Holiday Season.

Athene Raefiel is a Psychic Reader, Telepath, Medium, Intuitive,  Empath as well as an Author.  She helps people gain clarity, insight,and direction within themselves and their lives. Through her offerings, including psychic readings, she can help you, by identifying the patterns blocking you. Athene can help you change your life. She continually works with Archangels and Spirit Guides.

Metaphysics:
A branch of philosophy concerned with the ultimate nature of existence. (The Columbia Encyclopedia, sixth edition) I believe Metaphysics to be the science of the soul. I feel that all knowledge is contained within soul and it is the very quest and study of origins that leads one to that knowledge. Philosophical theology and cosmology are also usually considered to be branches of Metaphysics. Most scholarly teachings on Metaphysics are based on Aristotle’s metaphysical system.

Emanation in Philosophy:
Emanation is a cosmological concept that explains the creation of the world by a series of radiations, or emanations, originating in the Godhead. (The Columbia Encyclopedia, sixth edition) I firmly believe in emanation as factual and true. I explain emanation to individuals by drawing a picture of the sun and seeing that sun as the central intelligence from which all life radiates. Each being is an emanation of the central sun. Each emanation springs from the original intelligence and each intelligence is intricately connected and interwoven with one another. This connection process is called soul.

Soul:
The vital, immaterial, life principle generally conceived as existing within humans and sometimes within all living things, inanimate objects, and the universe as a whole. Religion and philosophy have long been concerned with the nature of the soul in their attempts to understand existence and the meaning of life. (The Columbia Encyclopedia, sixth edition) I believe that soul is the vessel through we experience the Divine Spark of Life within that we are. I believe that we were all spirit born as emanations of the Divine and have proceeded to work our way further and further away from the central intelligence. This we did out of a need to explore, discover, and create for ourselves. Through our exploration we have discovered that the need to bring all life back to the original source of intelligence is imminent for future development. Without memory and awareness of original intelligence all things die and dissipate: in order for life to be eternal the awareness of the connection to the central source of emanation is necessary.

From, The One, The Absolute, The Source of All Life, The One Prime Principle, flows the Divine Substance. This substance never lessens. As the flow proceeds farther from The Core Emanation, its divinity steadily decreases. Just as when a stone is dropped into the water and the ripples or emanations are the circles ever widening out from where the stone was dropped.

Mysticism:
(The practice of those who are initiated into the mysteries.) The practice of putting oneself into, and remaining in, direct relation with the One, The Absolute, or any unifying principle of life. (The Columbia Encyclopedia, sixth edition) I believe in mysticism as an art. Mysticism is the art of experiencing for oneself, alternate realities, as well the realities of the Divine life within. Mysticism is moving beyond that which is experienced with the five outer senses and experiencing through all of the senses available to the individual. These senses are often referred to as Clairvoyance, Clairaudience, Clairsentience, Intuition, Mediumship and so on. Meditation is the only true means available, that I know of, along with hypnosis to do such experiencing. A good mystic can interpret visions and messages that are received strictly as energy and find words for them. Such people are often referred to as prophets.

Energy:
I believe that it all comes down to energy. That everything is made up of energy and that to restore the awareness of this fact changes one’s relationship with all intelligence. Although energy vibrates at various speeds and frequencies it is a language unto itself and can only be defined through concept rarely through science. Yet science most certainly understands the fact that everything is energy.

Science knows about frequencies, radiations and speeds. Science teaches us about atoms, protons, neutrons, electrons and isotopes, things so small they can barely be seen with a microscope. Yet it is these very same things that make up and direct the energy and well being of the human body at the cellular level. Were we to see ourselves as a single cell that was ultimately connected to all other single cells we would understand the operation of energy and not limit it to the finite.

ancient mystical philosophy based on the doctrines of Plato.

Plotinus and the Nature of Neoplatonism

Considered the last of the great pagan philosophies, it was developed by Plotinus (3d cent. ). It has had a lasting influence on Western metaphysics and mysticism, although its original form was much altered by the followers of Plotinus. Neoplatonism was a viable force from the middle of the 3d cent. to 529, when Justinian closed the Academy at Athens. Although Plotinus is the central figure of Neoplatonism, his teacher, Ammonius Saccus (175—242), a self-taught laborer of Alexandria, may have been the actual founder; however, no writings of Ammonius have survived. Plotinus left Egypt, settled in Rome in 244, and founded a school there.

The enduring source of Neoplatonist thought is the Enneads of Plotinus, which were collected and published after his death by his student Porphyry, a Phoenician. Plotinus’ purpose was to put into systematic form an idealistic philosophy and thus combat the trends of Stoicism and skepticism that had crept into interpretations of the philosophy of Plato. Plotinus rejected the dualism of two disparate realms of being (good and evil, material and transcendent, universal and particular) and set forth instead one vast order containing all the various levels and kinds of existence.

At the center of the order is the One, an incomprehensible, all-sufficient unity. By the process of emanation the One gives rise to the Divine Mind or Logos [word], which contains all the forms, or living intelligences, of individuals. The content of the Divine Mind, therefore, constitutes a multiple reflection of the unitary perfection of the One. Below the divine mind is the World Soul, which links the intellectual and material worlds. These three transcendent realities, or hypostases (the One, the Divine Mind, and the World Soul) support the finite and visible world, which includes individuals and matter. Plotinus sometimes compared the One to a fountain, from which overflowed the lower levels of reality.

The Neoplatonic cosmology also had religious overtones, for Plotinus believed that people potentially sought a life in which the individual soul would rise through contemplation to the level of intelligence (the Divine Mind) and then through mystic union would be absorbed in the One itself. Conversely, a privation of being or lack of desire toward the One was the cause of sin, which was held to be a negative quality (i.e., nonparticipation in the perfection of the One). There are thus two reciprocal movements in Neoplatonism: the metaphysical movement of emanation from the One, and the ethical or religious movement of reflective return to the One through contemplation of the forms of the Divine Mind.

While Plotinus’ thought was mystical (i.e., concerned with the infinite and invisible within the finite and visible world), his method was thoroughly rational, stemming from the logical and humanistic traditions of Greece. Many of his philosophical elements came from earlier philosophies; the existence of the One and the attendant theory of ideas were aspects of the later writings of Plato, particularly the Timaeus, and Stoicism had identified the World Soul with transcendent universal reason. What was distinctive in Plotinus’ system was the unified, hierarchical structuring of these elements and the theory of emanation.

The Syrian, Athenian, and Alexandrian Schools

The followers of Plotinus took divergent paths. Porphyry, who remained in Rome, made extensive use of allegory in expounding Plotinus’ rationalistic thought and attacked Christianity in the name of Hellenic paganism. Lamblichus taught in Rome for a time and then returned to Chalcis in Syria to found a Neoplatonic center there. At this center, and also at others in Athens and Alexandria, the mystical trends of the East, including divination, demonology, and astrology, were grafted onto the body of Neoplatonism.

The central figures at the Athenian school were Plutarch the Younger (350—433) and Proclus, who came from Byzantium to become head of the Academy. The Athenian school culminated in Simplicius, a commentator on Aristotle, and Damascius, who tried to recover the original thought of Plotinus; they were the survivors of the Academy when it was closed in 529. The Alexandrian school of Neoplatonism, which included the woman philosopher Hypatia, was more scholarly but less theological than its Syrian and Athenian counterparts and is important mainly for its commentaries on Aristotle. It survived into the 7th cent., and some Alexandrian Neoplatonists, notably Synesius, became Christians.

The Impact of Neoplatonism

Neoplatonism was an early influence on Christian thinkers. The Christian apologists Clement of Alexandria and Origen had vied with the incipient Neoplatonic tradition for control of the Platonic heritage. The philosophy was firmly joined with Christianity by St. Augustine, who was a Neoplatonist before his conversion. It was through Neoplatonism that Augustine conceived of spirit as being immaterial and viewed evil as an unreal substance (in contradistinction to Manichaean doctrine). The writings of Pseudo-Dionysius (see Dionysius the Areopagite) and Boethius display Neoplatonic influences.

In the Middle Ages, elements of Plotinus’ thought can be found in St. Thomas Aquinas and John Scotus Erigena, particularly in the identification of the One with God and the Divine Mind with the angels. The system influenced medieval Jewish and Arab philosophy, and G. W. F. Hegel’s metaphysics had Neoplatonic ingredients. Neoplatonic metaphysics and aesthetics also influenced the German Romantics (see romanticism), the 17th-century English metaphysical poets, William Blake, and the Cambridge Platonists. Many mystical movements in the West, including those of Meister Eckhardt and Jacob Boehme, owe something to the Neoplatonists.