Ever wonder what happens after you leave this world and enter the next? Wonder no more; Archangel Raphael has offered some important information for the future of your being.

When someone dies there is a process to which they must adhere before entering into a state of blissful consciousness and peace. This process involves the Soul and the Astral Self.

When hearing someone speak of seeing the soul leave another’s’ body, what they are actually seeing is the Astral body of that individual. Few make the distinction between the astral and soul, as few really seek to enlighten themselves to these teachings. Death often referred to as a great Mystery of the Universe, yet there is no greater mystery than life itself. I say this as Death is part of life and so life part of death, or the great transitions within soul.

When leaving the physical world due to dying, you immediately enter the Astral body. This vehicle of time and travel is extensive and whether you choose to be aware of it or not and has been actively participating throughout your lifetime. The astral is a vast plane of reality and consciousness that is always connected to and part of your soul.

The astral plane is not now nor ever has been separate from the physical for it indeed is a transmission plane through which all out of body experiences are lived and experienced before moving beyond.

Often meditation and an altered state of consciousness allow the individual to enter and explore the many dimensions of the astral plane. In this awesome plane of existence beings and teachers of light such as the Angels and Spirit guides can be met with and utilized within your own individual consciousness.

Other things such as the heavenly colors and passages of illumination can be found here. When exploring such awesome beauty and light many assume this to be heaven. I may say that it is one of the many heavens you can experience after death and while still in the physical, but only one.

Upon entering the astral plane many become quite frightened and try to flee back to the physical. In doing so they only prolong the after death process, but the rules for dimensional travel still allow the free will to choose its behavior. Oh yes, as in all life, death also has its rules of travel and experience.

The more one has meditated and studied the art of trance the greater the possibilities of faster promotion once they have died the physical death. For them, traveling the realms of awareness and illumination are already the discipline they have placed upon themselves, helping to guarantee a vast and harmonious transition into the life awaiting them.

For those who have had no formal training in the correct art of prayer and meditation it is unlike anything they could have imagined. The first step for all is the acceptance of the fact they are no longer in the physical. For the unenlightened this seems to be the hardest step of all as they fear being out of body to begin with. For these souls it will take longer to reach the heavenly planes of the Astral to experience and learn what they are as soul.

Since time no longer exists the same way on the other side as it does here, these beings can linger for centuries before deciding to take an alternative route to the life that lies ahead. They are known to you as disincarnate beings or ghosts. Their fear or shame is blocking them much the same way it did in the physical.

The tunnel of the Astral light still awaits them but will not interfere with their choice.

For those who have been extremely religious and choose immediately to enter the Light, whatever teacher or being they have believed in will be there to greet them on the other end of the tunnel. It will be a fabulous experience and the beginning of the true journey into the afterlife.

For the enlightened many, the experience will be similar yet different, as they will be ushered to entire different places to explore the journey and purpose of the afterlife. So you see indeed, death has as many doorways of life once entered into and no two individuals will experience it the same way.

Let me speak now of the most common of those. Once through the tunnel and united with the Archetype most familiar to them they will then immediately see all others that are familiar to them that have crossed. It is not exactly like a homecoming as many on the other side have still not resolved their differences. All of this will come to light one second of your time here, seeing it all at once can be quite shocking to the individual; as it is like a life review in fast forward. The emotions and attachments here will determine where the individual will go next.

This experience is often referred to as the dream time or dream tunnel experience. Seeing your entire life flash before your eyes can be quite disconcerting when realizing how much has been left undone. After this experience you and the Spirit Helpers with you will sit down and plot a plan of action.

It is at this juncture that the individual and they’re soul choosing a journey of restitution to right the wrongs left between themselves and others. Lots of forgiveness lay ahead and some will not wish to enter such a journey. Their reasoning being that they don’t need nor deserve such action now that the physical is over.

Others will be so attached to those they love in the physical that they will choose to wait for other family members to join them before making any kind of decision to move on; and still others will insist on getting to work as soon as possible.

The misconceptions that once you die you automatically are forgiven for all errors are erroneous. You as the creator have chosen to have these attachments and agreements therefore only you can heal and transmute what are your creations.

Too often physical beings assume that they have a godhead greater than themselves that will magically fix everything one they are deceased. This is nonsense. As you live so shall you die, and how you die so shall you live, no matter what plane of existence you inhabit.

Though humans prescribe too many deities as their salvation there is but one journey and one journey alone to other side after death.

What of Heaven and Hell you may ask. Well I am getting to that, as what you choose after travelling through the great chamber of life will determine the type of consciousness you will dwell within for some time. It will be your own need to torture yourself or others that will determine your penance.

Once the choices have been made at this juncture many choose to dwell in settings much the same as they did in the physical realm, often only waiting to return to the physical once again. Some choose to sleep for an eternity and they too have a place and sleep with the millions. Here there are an assigned number of Spirit Helpers who care for them in case they choose to awaken. And others will have to experience the lower astral level of demons and ugliness.

Those brave souls that choose to move forward will begin a great journey of enlightenment and soul memory, leading them to the freedom of love and bliss. Of this journey I will not expound as it is as individual, as it is powerfully special. Here the climb to true attainment begins and will become eternal, even when and if they return to physical.

What happens to the more enlightened when they too cross over? The beginning process of entering in the tunnel of the astral light is the same for all when leaving this dimension, yet what occurs after they arrive is somewhat different.

All are subject to laws of karma whether in life of afterlife. When they are met by their Spirit Guides on the other side they are taken to the same dream state as the others and decisions will be made about any needed adjustments within the Karmic Realm. Once these have been adjusted there are many planes of consciousness within which the soul can dwell and operate.

Most of these beings have already left this world understanding themselves to be in service of the higher orders. Therefore it will be decided where the best fit is for them to help. The hierarchy is a vast expanse far beyond human comprehension therefore there are many different positions open to those already aware on their path of eternity.

Just as the sands of the Earth, so are the many places to explore and experience in the lives between lives. The vastness of this journey cannot be put into physical words, nor definition, as no such experiences can be had in the physical. The causal plane, celestial plane, and all other heavenly planes are merely the existence of and understanding of a variety of energies. This is the closest I can get to an explanation.

We the angels dwell in what is known as the Angelic Realm. This realm has such a massive number of dimensions that they cannot be counted, just as the many other realms of light and intelligence.

Peoples rational have held them prisoner in the physical for eons of time. This is a choice made out of ignorance and denial of the realities that lie beyond.

Though so many proclaim this to be their last physical lifetime, the work needed to accomplish this is massive and few dare to challenge themselves enough to stay the course.

The thought of dying and ascending in the light with all God’s forgiveness is a wonderful thought, but even more wonderful is presently living heaven on earth. 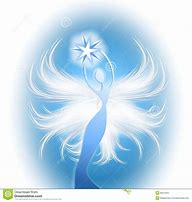