A discussion between Athene Raefiel and Sanat Kumara

Athene: Dear Universe what is Divine Intervention and how does it work?

Sanat Kumara: For the human race as well as other beings of form, Divine intervention is an idea or a concept, something that can only be understood through the experience of it. This is to say the Divine must be experienced to understand what it is as well as how intervention may play into life.

You are beings of thought and therefore must conceive of something to make it real. Divinity is only realized by human beings through their own individual conception and can exist only when realized or experienced. In fact the Divine plays no rule in intervening in your lower four dimensional lives unless it is expressly asked to do so, and this is how prayer came about. Prayer is the form of asking the Divine to hear your questions and answer them.

Athene: How do we know when a prayer is answered?

Sanat Kumara: All prayers are answered simply because of the energy put forth by the prayer. The divine is always listening. Yet the expectations of how the Divine should respond often seems to delineate the response given. In order to understand what the Divine is saying or doing you must first understand your own Divinity and proceed with trust and love in your heart. When one has transcended the lower planes of survival they determine that all life is a miracle, as is its ups and downs. They themselves begin to realize that they are a miracle who creates miracles all of the time.

Athene: If I pray and ask for world peace and senseless dying to end, why can I not create this?

Sanat Kumara: But indeed you are creating this all of the time. Unfortunately you are a part of mass consciousness that has yet to reach this simple reality. The animal instinct in humans is strong and they still believe in eat or be eaten. The paradox of the Divine is too confusing for them to take seriously unless it too has animal instinct. Pure love and understanding, kindness and compassion are too often viewed as weaknesses’ and therefore easily discarded in the face of adversity. For one to transcend the human consciousness and identify their divinity is often too time consuming and just too much work. Since what one believes is their reality, to believe differently than before is simply too strenuous.

Athene: there a various groups of pious people around the world that use constant prayer and meditation everyday as a way of life. I have discovered large numbers of them, they live their lives in trust and prayer, living as simple and self-sustaining life they can. Still wars rage and people starve and live destitute.

Sanat Kumara: Yes it is a quandary indeed. How can so many understand the Light and so many more not? Form is a part of creation that is based on light and dark. One cannot exist without the other, though one is simply a shadow of the other, still there is a force within human beings that causes them to battle this reality within themselves and all other life. People see these two as opposites rather that the two sides of the same coin. Yet one cannot exist without the other, for the light dwells within the darkness just as the darkness dwells within the light. Neither is good nor evil; only human conception sees one or the other.

The reason Divinity is so mysterious to human mind is due to judgement, or lack thereof, in so many. Each soul has the awareness needed to blend these seemingly two forces into the true balance within all life, but once again it requires soul recognition and study to find such peace.

Athene: But human consciousness is not taught to search for and discover soul awareness, why? Was there a heavenly fall from grace that predisposed our creators to devise ourselves to be this way?

Sanat Kumara: You indeed were created in the image of Divinity yet too many souls chose to forget their own eternal selves and tried to create a world in which they themselves would be kings and queens, rulers of others by any means possible. This is a human expression of what they thought God or the Divine to be. Yes indeed the heavenly worlds are hierarchal, yet ruled by laws to sustain order and love. All and any beings in form or formlessness have the right to follow these laws or not. What kind of Universe would it be without challenges for growth and opportunity on all levels? As you well know without the dream of a better tomorrow there would be no tomorrow. For many in form they do not believe in a better tomorrow nor do they see a need to work towards it. Having money and power is what currently drives the human consciousness, as well as development of technology and the stars. Even human science is discovering that the mystery of life is always discovering and exploring the origins to explain the present and take them into the future.

The greatest mystery of human life is still life itself and the unveiling of the many levels and dimensions it explores. Understanding how you are all part of a greater whole is the first step in recognition of “what is”. When this question has been answered the unfolding of awareness becomes limitless and the excitement of the journey ahead unfolds.

To allow oneself to remain trapped in an unfeeling world of royal acceptance and power is how you encase yourself in the confusion you call life. That life then becomes your prison rather than your freedom. 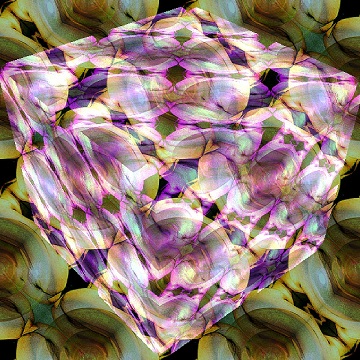