Mighty beings of light assisting us in our journey of life, won’t you please tell me why there is so much suffering and sadness in life upon this planet?

This is a very important question that we find great promise in answering.

Life goes in cycles, you live many lifetimes in the physical plane to gain awareness of the soul and light being that you are. The separation of love and life began long ago. Believing themselves to be separate from the eternal, humans determined it their right to rule the elements surrounding them. This of course is the nature of the beast within that strives to survive.

Existence unto itself is simply form; therefore all life having form must ascend each plane and dimension of being they are capable of in order to move beyond the limits imposed by those dimensions. Limitations are the key to growth in all dimensions of form. Sadness and suffering are caused by an imbalance of one’s flow.

Flow is the movement of all energies combined. When the flow of the earth is endangered so is the flow of all life upon her. To find balance in the flow one must move into various dimensions of consciousness continually rise from tangible to intangible, from outer senses to inner perception and continue in developing the understanding of themselves.

The earth polarities constantly shifting causes the tides of oceans to be at unrest affecting all things of life upon her; be it human, animal, plant or vegetable or mineral. By now you have realized the very foods you eat, air you breathe, and water you drink all have been contaminated in some form or another. Your bodies and the body of earth are all connected.

Due to many of developments of modern times the very tough processes of individuals have been affected. The conditions you call thinking and feeling centers are sensory perceptions and though some may ignore such sensations they are truly magnificent unto themselves but can also be a burden when contaminated.

There are many areas of sensory perception that need to be cleared up in the human race in order for a balance on a feeling and thinking level to occur. This is a job all of you should be currently participating in.

To bring balance to the many you must first establish balance within yourselves.

Only in the higher realms of consciousness can one find balance and harmony, this being the one place that attunes within to soul such frequencies. Some people are born in this frequency simply because they have evolved to this realm of vibration and conscious thought before coming into body. This is often a rarity rather than the norm, due to the lessons that must be learned and experienced to overcome the lower and sadder vibrations known in life.

Let us look at plant animal and mineral life. Each of these is susceptible to the sensations they feel around them and each of them responds. All need sustenance, light and love. When denied any of these things they wither and decay; so it is with all life.

In your dimension the human psyche must be fed as well as the emotions and physical being. When deprived of the necessary nutrients parts simply wither, affecting the other parts.

Because you chose to live in the dimension of cause and effect you also chose to evolve or not. Evolution is the one food everything upon your planet needs to sustain life. The part that humans play is grandiose indeed as you have the ability to think and know. Yet the misuse of such abilities works to deterrent of all other life upon the planet. You are gods to many species of life around you, yet humans have too often chosen to be ruled by other humans rather than themselves.

They believe they must have guidelines to exist upon the planet and they have given this power to others to decide for them. They have built towers and governments, roadways and automation, telescopes and theories, all to the result of their imaginations, yet they have forgotten to develop their soul awareness and consciousness. Without these it is as if a plant were plastic rather than live. Yes too many humans have become plastic ignoring their origination and own power.

The sadness in the world is due to the ruling factions of the world who have decided to hoard and covet all things considered to be of value except human life. When human life became expendable so did soul awareness. So long as people believed themselves to be helpless and powerless so did they choose to ignore the eternal self.

When humans decided they no longer believed in life eternal they created death. The soul is the everlasting life that all were designed to dwell within but free will and choice played havoc with this awareness. Many forgot the power of belief and simply began accepting that life was out of their hands so existence became to norm.

This brings us to the human condition in life. People are taught and learn through one another and their environment. When in a loving and nurturing environment the opportunity exists to exhibit these same traits, the personality of a person is guided by their thinking and seeing selves. To understand that the various conditions in the world and one another help to determine the personality one learns to survive its environment.

The thinking process of people aids them in their everyday life but does not necessarily fill their soul with beauty. Beauty can only be found within each person and thing. True beauty is pure love. Finding this beauty in life is key to understanding the different dimensions of self. When anything is born into and lives within chaos and destruction, love is left outside and they believe it is only meant for some, not them. Take for instance a plant, when the soil is rich and fertile and there is plenty of sunshine it will flourish. So it is with all life when in the proper environment. When deprived of the proper nutrients life withers and dies.

Though a natural aspect of life, the distortion brought to unconditional love was done by power hungry animals wishing do dominate the whole of earth and the life upon her. This domination and condition of life has all but sucked the true light out of living, breathing things.

Think of your pet animals and how they learn to be trained and experience love. Human life has become quite the same; thereby bringing sadness and grief to all corners of life. This has been occurring since the beginning of time as you know it, and even though there are variances within the flow of each person, still what one believes still hold true their perception and reality. This is the conditioning and training that life has accepted itself to be dominated by.

It does not have to remain so, but as long as the many outweigh the few it is often easier to give up and join the crowd. Usually a feeling of desperation and dissolution brings life to its knees and into subservience of what appears to be the norm.

The many awakened and enlightened beings upon your planet strive to raise the consciousness of the unaware and teach them to use their individual power and work within soul and spirit. This is the only purpose there currently is for those working within and seeking truth at this time.

Death is but a transition, but transition to what is determined by the awareness gained each life.

If no awakening takes place beings simply continue the same self- serving cycles they have already accepted as reality and continue war, hatred, devastation and denial of everlasting life.

Awakening is a choice that few too many make thereby allowing these self- serving souls to continually re-incarnate and spread their disease and disarray they believe to be life all over again.

So conditioned are the current players upon your planet, that even eons of time have not left them wanting a higher more beautiful existence; this is where the sadness and suffering lies.

Only through the reconditioning of man and complete program change can peace and love be restored as the imminent truth among the many.

Fighting for truth is not the answer, only the understanding of truth can free the mind, the body and the soul.

Each and every one of you is the true essence of life and being. Realizing this is freedom and joy. 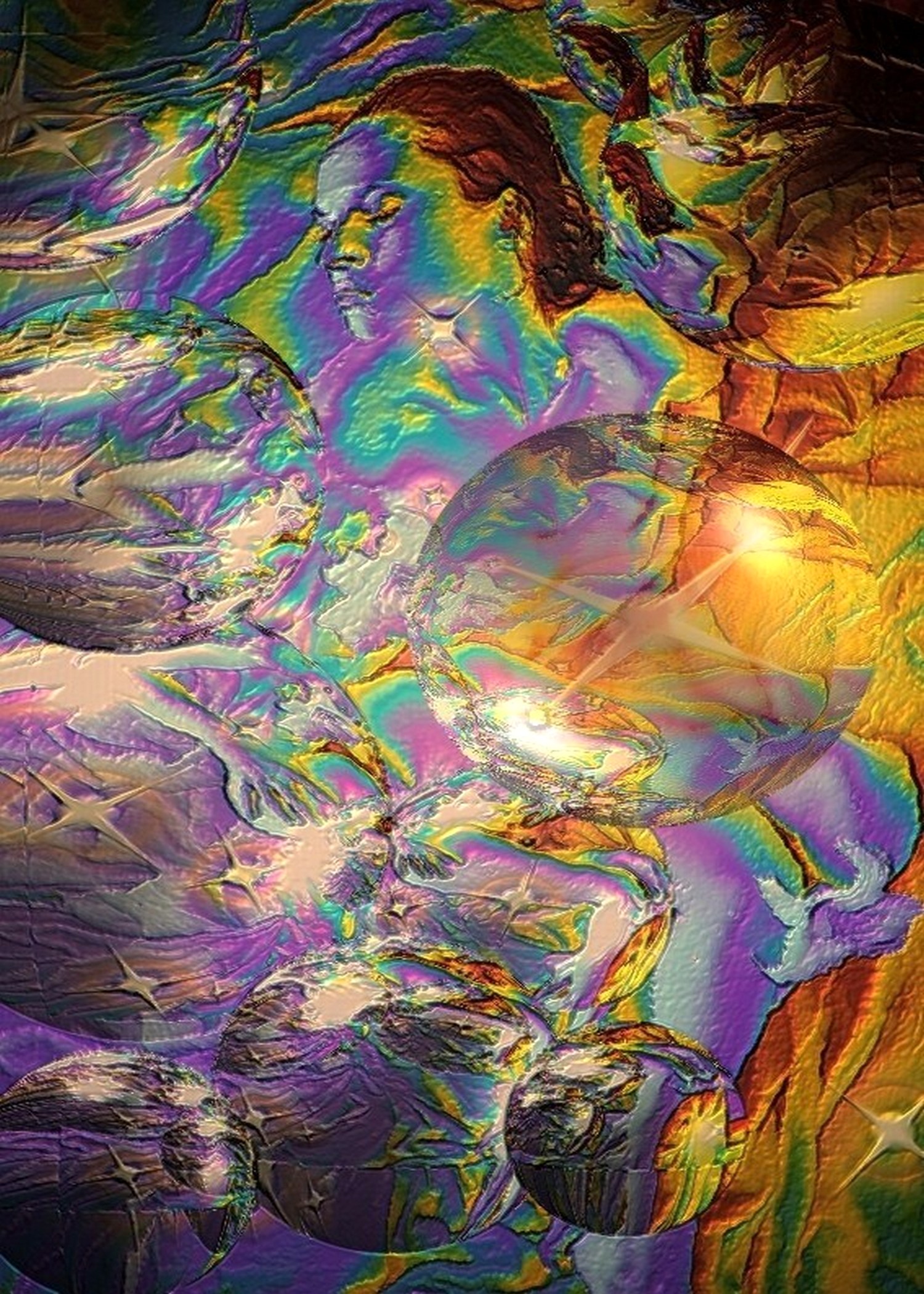