One of my true understandings of self.
“The mystic thinks of the Path as the Path to God. He thinks of it generally in terms of his religious or mystical feelings and experiences, his mystical religious beliefs, doctrines, and dogma, his various spiritual practices, the various rituals, all of these to the mystical and devotional type constitute a way of approaching God through belief, a linking in consciousness between the individual man’s belief structure (whether that be Christian, Hindu, Buddhist, or whatever) and that which lies back of all creation. The religious person sees that as the Path of Return, and of course that is perfectly true, it is. But not everybody is religious, and the Path of Return, to the esotericist, is a path which, literally, is made by the disciple himself. The disciple makes the Path by becoming the Path. It is not something which is already laid down and is whispered into your ear. It is not like that at all. It is the evolutionary process itself. It is that same process which brought the fishes out of the sea onto dry land, from which they evolved into, first, reptiles and then mammals and then the huge variety of animals and eventually, at the peak of that development of form, the human kingdom. Above the human kingdom is the Kingdom of Souls, the kingdom whose nature is consciousness. The plane of consciousness is the plane on which the Masters have hitherto worked exclusively. The Path of Return is the Path by which the consciousness of what is and what might be gradually becomes known to the seeker, the evolving individual.” 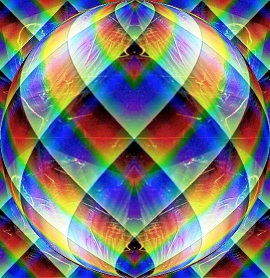