I publish this now for you to read as it can help you see and understand the progression as it has transpired. This is a powerful article and worth reading. Blessings, Athene
Stargates
By: Athene Raefiel
April 10, 2004
Great transformational energies and much personal activation is being experienced by all since The Harmonic Convergence in 1987 and the Harmonic Concordance in November 2003. Many new gateways of energy opened up to assist the lightworkers on Earth to process through past soul memories and open themselves to a greater height of awareness and service not only to the Universe but to themselves.

Many more lightworkers are taking their place in the cosmic scheme of things and assisting in the spiritual awakening of the sleepers. As wars rage in many parts of the world the lightworkers understand that new life is always born from the chaos.

Although there is a long way to go before peace will become an everyday reality, the individuals now awakened will take their place as the New World leaders by 2012.

Comets have tails and move very quickly through the skies. Their energy and light effects the heavens in a manner that changes the frequencies and signals currently being emitted. The path of these comets helps us align to a more centered and continually balanced frequency of light.

The April and May 2004 set of eclipses completes the initiation of the first gateway activated and opened in November 2003, during the Harmonic Concordance. What is a gateway, how do they open and what would be the purpose?

In metaphysics when we speak of gateways, we are referring to the stargates activated by the consciousness of ourselves, the councils of light, galactic brotherhoods, and the Universal Hierarchy. These stargates are strategically aligned and activated to assist not just our planet and her beings but other planets and systems as well. By us all being a part of the same consciousness, when enough beings resonate at the same frequency another stargate is aligned and opened.

The astrological alignments of the heavenly bodies allow for the energy to be focused and aligned to assist in the breakdown of energies received so that we do not blow up our solar system and ourselves. In our arrogance, we often assume to know more about how the cosmos operates than is plausible. In the scheme of knowing all there is to know, we are still children. In reality, the stargates were operational long before our planet and star systems came to be. We are a birth of them shall we say, as is everything else around us that we can see, feel, taste or touch. All things tangible were and are born of stargates.

If we were to see a mother birthing a child, we would then see that she is the stargate opening to give birth to a new life. When we take this understanding to a different level, we understand that new life also represents consciousness and that consciousness does not contain a tangible form but an intangible one. As we enter into and experience each stargate as the expansion of consciousness it presents to us in our journey, we develop a process of steps and understanding about its operation in our physical reality self.

One cannot know that which is unknowable, one cannot attain that which is unattainable, one can only learn that for which they are ready. There is but one mystery and each of you holds it within yourself. The key to each mystery is the consciousness that you birth through each birthing stargate you enter. When we say the stargates are open, we share with you that they are now individually and collectively accessible to those who are prepared to experience them.

The more advanced souls on the planet will hold the doorways in place until all those seeking this expansion of consciousness have accomplished it. You cannot push the river of what the timing, experience, and learning are about. Surrender to the divine order of your own soul journey and ask your higher self to guide you to the appropriate teachers and measures currently best for you. Overcome your fear of change and enlightenment will occur.

The Harmonic Concordance took place November 8, 2003. At that time 17 stargates were activated for human and other life forces to utilize as expansion to new levels of spiritual awareness and consciousness. The Harmonic Concordance was interactive with the Harmonic Convergence August 17, 1987, which was the initiation into a New World order of the stars and planets. This order is one of a new spiritual opening of higher love and awareness for all the beings including those within the heavens. Since the time of Harmonic Convergence we have experienced a massive amount of change and acceleration within the cosmos and our own solar system. There has been a great many stargates and mysteries revealed to the collective since that time. Awareness and enlightenment as well as the quest for true spiritual knowledge has abounded and even been sought after by astronomers, biologists, scientists, theologians, and the wealthy.

On August 11, 1999 we experienced an astrological grand cross in the heavens. I was told by spirit at that time that we had passed a point of no return. That no longer would humanity be able to restore itself to a state in the past. The species of plant and animal would continue to disappear, as would the soil, clean air, water and precious resources. That so much devastation and damage had occurred to the planet that we would have to find another way of restoration and reconstruction. That ultimately the Divine plan was going forward and the crippled world with it.

As we have all seen since that date in 1999, chaos has ensued on a worldwide level for all that refuse to move forward in their life and consciousness. For the many to whom spiritual awakening and enlightenment are home, their lives and journeys have constantly opened them to abundance, revelation, intuitive guidance, love and joy. Through such spiritual experiences came the activation of 17 stargates on the Harmonic Concordance November 9, 2003.

People often choose to believe that events such as these, herald Divine and Celestial changes that will occur that very day and exact time resulting in massive immediate transformation. Humankind’s greatest downfall is still in their unrealistic expectations and need for immediate result. To look at ones life and the history of the cosmos is to become aware that all things happen in the course of time. They come to pass. Entering into one stargate of conscious awareness brings massive shifts into ones life. Enlightenment is a journey; it requires many incarnations of experience. Enlightenment must be experienced and realized for one to become illuminated. These things cannot be measured with time and space. To understand how to create though love and understanding is the quest that brings about enlightenment.

The statement, “When one is ready the teacher will appear” means to continually be preparing yourself for the next step in your evolution. Using the proper tools is how one stays prepared. Meditation, chakra alignments, prayers, invocations, trust and commitment are the tools we all adhere to. Activation and initiation are the key experiences for 2004

There was a set of Eclipses in November 2003. The full Lunar Eclipse was November 8, at 16 degrees of Taurus, the same day as the Harmonic Concordance Grand Sextile. April 19, 2004 a partial Solar Eclipse in Aries at 29 degrees connects the opening of the another stargate that was activated during the Harmonic Concordance. As the stargates open and we experience them a variety of different experiences takes place on all levels of our being. First of course is always the soul element and then comes the assimilation into the emotional, mental and physical. This is the second phase or the initiation your souls requested long before this incarnation. This gateway connects each of us into the past incarnation memories needed to recognize origin and heritage. Many past life memories and experiences surface for examination and integration. May 4, 2004 heralds the completion of the new 17 stargates activation during this Harmonic Concordance Cycle.

For many being on their path since the Harmonic Convergence or before, these experiences may sound redundant. I would ask you to remember the many layers of the onion we are to peel away before our true ascension from the physical occurs. Simply put, this time is a whole new level of the process you may already be familiar with. Those who are already familiar with the activity of stargates will achieve great strides in their illumination of their star -being self.

Dreams and visions do actually manifest for those who operate within the distinct frequencies allowing for such. Manifestation of reality is tied to the Fifth Dimension of Cause and Effect. In order to consciously manifest in ones life they must first have attained and served in the experience of the Fourth Dimension which is Unconditional Love and Service. Simply because the Fifth dimensional frequencies as well as the Sixth and Seventh are now available does not mean we can skip over the necessary steps to enlightenment.

Unconditional love is the key to enlightenment, it is the foundation upon which all other steps are based and built. Unconditional love of self and others is non-judgmental, it produces a balanced state of awareness and understanding that allows you to open and align the states of consciousness you are now ready to experience and develop. 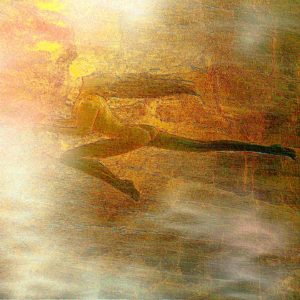