We were warned about climate change and storm destructions. 30 years ago I channeled the Arcturians for groups of students and others. We were told that if mankind did not make the changes necessary to assist Nature we would be facing these brutal changes.

Many of the “I am” followers received the same information from the Ascended Masters and even developed an “I am” map showing where the safe places to live upon the Earth would be.

We were told at that time to store food and water and many people started building bunkers for themselves and loved ones.

I cannot remember exactly what years these were but around 1990. In 1999 the Parallel Universe merged in what I call “The Ring Pass Not” ; shortly after I was told by the Mer People that they needed to move to a different Ocean below our Oceans floor. The amount of bombing and other testing going on within the Oceans was devastating the Nature that was their habitat and destroying the balance to Earth at that time.

I was saddened then as well as now by the manmade events that are destroying Mother Earth. What lived for eons in harmony was being displaced by simple ignorance on the part of humankind.

Today there are countries who have worked to bring balance to their homeland, Costa Rica and Iceland come to mind.

There is no way to go back and change the devastation that has occurred , we must create anew if we want to survive. 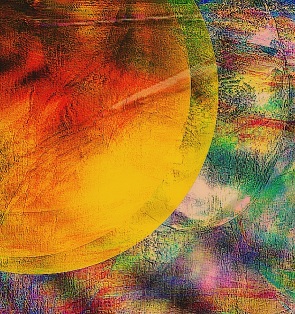