Lord Sananda by Athene Raefiel 2022
A Change in Consciousness 2022

It has been foretold that this is the time of moving into the fifth dimensional consciousness on your planet. Fifth dimension is the plane of Cause and Effect. It is the plane of existence that connects all to the understanding of what action and reaction is to each individual as well as the many. Up to this point the many have been devoid to the consequences of their own actions. Wars have reaction, hunger has reaction, killing has reaction, love and goodness has reaction.

Throughout what has been named the New Age, those who chose to re-incarnate to your planet Earth hoped to bring a new reality to the many struggling souls looking for spiritual redemption. This is what will truly begin on a vast scale from 2013 to 2023.

Cause and Effect is a plane of existence that is attuned to the Throat chakra or fifth chakra within the 7 planes of existence and experience for humans. It has also often been referred to as the truth chakra. Speaking truth, walking truth, living truth are all key elements of these upcoming times. Because so many Religions and Cultures have their own version of what “the truth” is, this will be one of the most challenging and complex times for all enduring this lifetime on planet earth.

Learning to create new realities and accept different truths as being adjunct will be the challenge of the years ahead. The test of time will be for beings upon the Earth to open their minds and hearts to thinking for themselves. This has already begun to happen on a large scale with the youth of the world. Oddly enough it is through music and lyrics that most free thinking begins.

Before one can create truth, they must have already learned to understand the many perspectives of “Love” both conditional as well as unconditional. Love is still the key factor to all changes of goodness and light within the various planes and dimensions of life.

Since the alignment of “The Harmonic Convergence” in 1987 there has been massive star gate openings and Extraterrestrial communication available to those who are awakened. As with all communication, spiritual discernment is mandatory to identify truth from untruth. Simply because someone or thing speaks to you though dimensional doorways does not automatically make it true or of light and love.

There are methods and procedures that you must learn along your path to identify what is real for you and what is not. Part of today’s problems is based on words in books that have been taken so literally that many people have become brainwashed by them. Though these words were put down in order to help and teach many Religious works have been completely taken out of context.

The revelation of truth comes to those who understand the work necessary to travel the journey of spiritual awareness.

The Spiritual Hierarchy does not have an agenda as many think; instead their very existence has been a part of all nature upon and within your planet since your planet was conceived. Without concept and ideas things cannot be brought into form or action. This is what you call creating.

Yes a great awakening is taking place upon Planet Earth as well as many other places that have prepared for it. Many of your Star brothers and sisters have returned to your universe for a Celebration and completion of some unfinished business that started with the colonization of Atlantis. Atlantis was a colony of many star beings as well as earthlings. The time of Atlantis could have been a great time for the history of your planet and its inhabitants, yet those who wanted the greatest power disregarded the ones who wanted to dwell in peace and simplicity.

Sound familiar? Well indeed the cycle of completion to that particular circle as well as the many circles within your own lives has come around. There are many species currently within human form that did not originate according to the order of Earth’s “so called” mankind. Due to their desire of destructive technology and power over others, they trapped themselves in the realm of re-incarnation as human beings.

These star beings from other planets have been stuck here and not allowed to leave until the current cycle was completed. All living on planet Earth are not Human nor of the Light. Why does this matter to you now? Simply because whether you remember it or not you have shared realities with them in the past that were and are destructive to the human nature of your being and planets life.

This time ahead to which you refer to as 2022 will allow many of those star beings to return home and it will also bring about great awareness of the corruptions that have been set down upon you to divide your world. Many have referred to this as the separation of the light and dark.

Those who have chosen to be or remain soulless shall be allowed to live in their own dimensional reality and homes once again. The opportunities given to them by us will no longer be enforced, nor will they be able to access them.

Let us refer to the year 2022 as that of patience and understanding.

Just as you have seen the many that are currently leaving there will be much chaos surrounding the changes ahead. Observing and waiting can be a good when that is what the timing calls for.

Working within yourself and discovering you own personal gifts should be the order of the day. You are multi-dimensional beings, live and understand this truth about yourselves and you will find clarity. 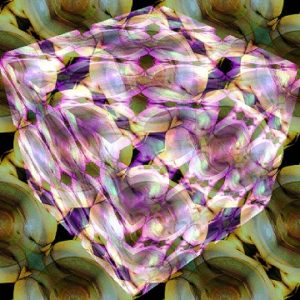